Aim How can we learn about melody and folk instruments through Elizabeth Cotten’s “Freight Train?”

Learn the Melody of “Freight Train” 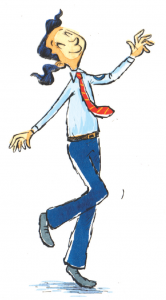 When I die, Lord bury me deep
Down at the end of old Chestnut Street
Place some stones at my head and feet
And tell them I’ve gone to sleep

When I die, Lord bury me deep
Down at the end of old Chestnut Street
So I can hear that old Number Nine
As she goes rolling by 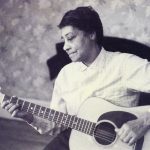 Elizabeth Cotten was born in 1895 in Chapel Hill, North Carolina. As a child, she would borrow her brother’s banjo and guitar while he was working. Most stringed instruments (such as guitars) are made for people who are right-handed—the left hand is used to change the pitch of the strings, while the right hand strums or picks. However, since Elizabeth Cotten was left-handed, she taught herself how to play both the banjo and guitar upside down, with the higher strings on top and the lower strings on the bottom. (See below for a link to a video of her playing.) She dropped out of school at age 9 to work in the household of a white family. Eventually she saved enough money to buy her first guitar for $3.75. When she was a girl, she and her brother would chop wood and play by the railroad tracks near their home. She and her brother would sing made-up songs while working and playing. She wrote “Freight Train” when she was 12 years old, inspired by the trains on the tracks. She recorded the song when she was much older (age 62), when her own children had grown up. She started performing all over the country at folk music festivals, and won a Grammy Award in 1985 at the age of 90.

Explore the Banjo in Folk Music 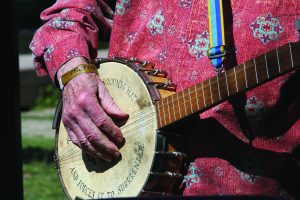 Trains figure prominently in American music of the late 19th and early 20th centuries. Trains were an exciting part of life in many towns—before most people had cars, they could ride a train to different cities and different states. Trains coming into town brought new and different people, sometimes from far away. See if you can spot trains in other Musical Explorers units this semester! Read more about trains with these children’s books: 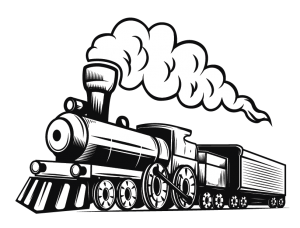 Add banjo and melody to the Musical Word Wall.