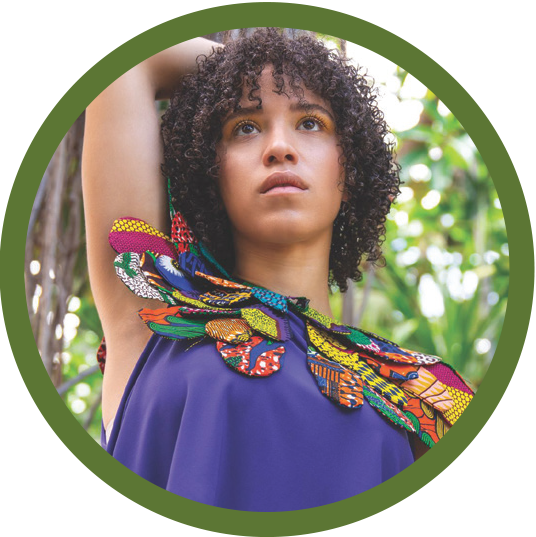 Growing up surrounded by the folk music of her family in Montreal, Kaia took those ties to West Virginia to learn more about folk music and storytelling. Now, she puts her skills and roots to work as a singer-songwriter and has released three albums that focus on social issues, personal narratives, and paternal ancestry. Kaia has won a Canadian Folk Music Award and a Stingray Rising Star Award, was nominated for a 2019 JUNO Award, and has gained critical acclaim from NPR and Rolling Stone. 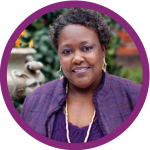 A native of Savannah, Huxsie has been singing jazz, blues, and gospel for over 40 years. She has appeared on stage with such jazz greats as the late Lionel Hampton and McCoy Tyner, and was the original vocalist for the Savannah Jazz Orchestra. Huxsie was inducted into the Savannah Tribune Gospel Hall of Fame in 2004, and the Coastal Jazz Association’s Hall of Fame in 2005. 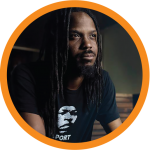 Originally from Irvington, New Jersey, Basik Lee has called Savannah home for many years. He is a staple in the Savannah hip hop community, hosting Hip Hop Night at the Jinx every week and teaching youth break dancing. He released a solo album in February 2019 inspired by the history of the days of the week and different levels of the hip hop story. Basik Lee hopes to change the perception of hip hop away from what’s shown in mainstream media and spread understanding about the culture of hip hop. 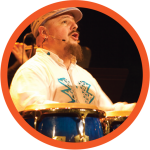 Gino began playing drums at just 5 years old in Ecuador. He studied at music conservatories in Havana, Cuba, where he discovered his passion for Cuban jazz. He worked as a solo musician in New York for several years before settling in Charleston, South Carolina with his family in 2010. Gino has earned several local Jazz Artist of the Year awards, collaborated with many renowned international artists, and has taught at the Berklee College of Music. With his band, the Cuban Cowboys, Gino works to bring the music he is passionate about to Lowcountry audiences.

Based in Athens, Georgia, Dan has played bass for the rock band Five Eight since its inception in 1988, but klezmer music was a large part of his life and identity growing up in a Jewish household. In 2007, he wanted to expand his artistry, and began searching for musicians to form a klezmer band of his own. Klezmer Local 42 was formed in 2009 and incorporates classic rock, swing, hip hop, and many other influences into its music. 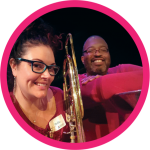 A graduate of Georgia State University and former graduate student at the Cleveland Institute of Music, Hollie has performed with the Atlanta Symphony Orchestra, Atlanta Opera and Ballet orchestras, and the Savannah Philharmonic, along with many others. She is a founding member and trombonist of Midtown Brass and serves as an adjunct instructor of trombone at Mercer University, Reinhardt University, and Kennesaw State University.