Lesson 2: Exploring “Take the A Train”

Learn “Take the A Train” 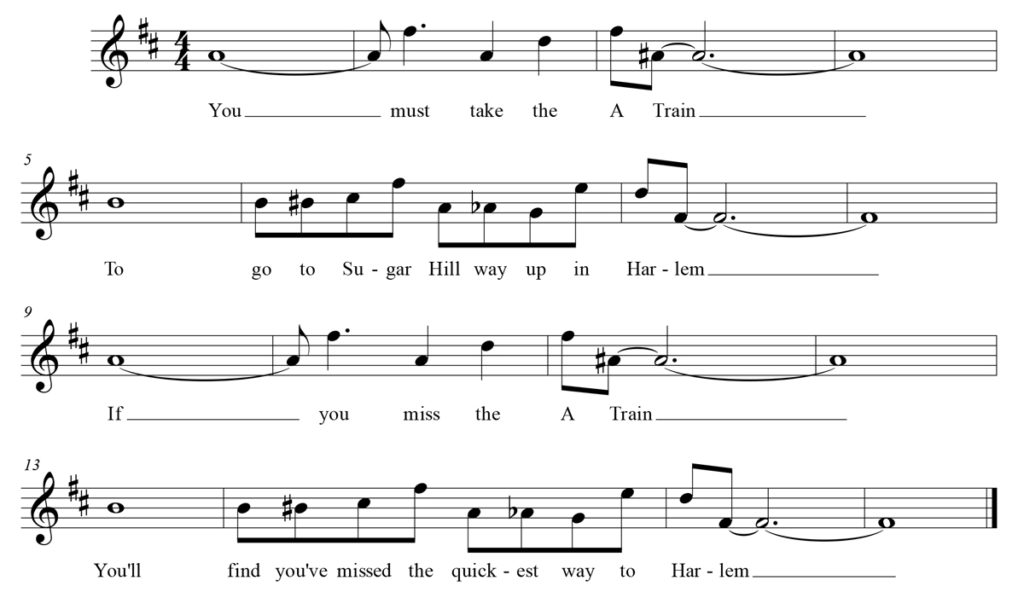 Billy Strayhorn was an American jazz composer, pianist, lyricist, and arranger who was a primary collaborator of the legendary bandleader Duke Ellington. When Ellington first met Strayhorn, he wrote Strayhorn directions to his office in Harlem. These directions later became the lyrics for “Take the A Train.”

Create Your Own Lyrics

Ella Fitzgerald was considered to be one of the best scat singers in the history of jazz. Read more about Ella in Skit-Scat Raggedy Cat: Ella Fitzgerald, written by Roxane Orgill and illustrator Sean Qualls.

Add the words improvisation and scat to the Musical Word Wall

Go to UNIT 5: BLUEGRASS WITH CAROLYN AND JAKE