Aim: How can we understand how music tells a story while learning to sing the folk song “John Henry?”

Summary: Students learn and sing “John Henry” while understanding how music can be used to tell a story.

Folk musicians often learn songs from other people in their family or community.
This is called an oral tradition. 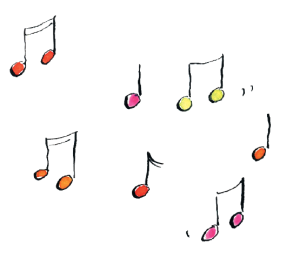 The songs are passed down from generation to generation and are learned “by ear.” Often, these songs are so old that we don’t know who originally wrote them. Ask students if they have learned any songs from someone in their family or community. Discuss as a class to connect their experiences to the meaning of oral tradition. What makes it folk music?

“John Henry” is based on a folk tale. A folk tale is a story that is passed down through oral tradition, just like folk music. John Henry was an African-American folk hero who was famous for hammering steel to construct a railroad tunnel. He was placed in a contest against a steam-powered hammer and he won!

When John Henry was a little baby, he was
sitting on his papa’s knee.
He picked up a hammer and a little piece of
steel;
Saying, “Hammer’s gonna be the death of me, Lord, Lord.

John Henry told his captain,
“A man ain’t nothin’ but a man,
But before I let your steam drill beat me down,
I’d die with a hammer in my hand, hand, hand.

Now the man that invented the steam drill
He thought he was mighty fine,
But John Henry made fifteen feet;
The steam drill only made nine.

Response: That steam drill only made nine.

John Henry hammered in the mountain
And his hammer was striking fire.
He worked so hard, he broke his poor heart.
And he laid down the hammer and he died.

Response: He laid down his hammer and he died.

John Henry had a little woman.
Her name was Polly Ann.
When John Henry got sick and went to his bed.
Polly Ann drove steel like a man. 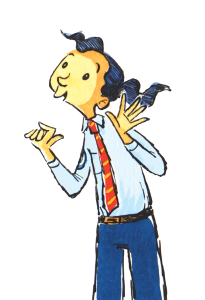 Explore the Lyrics in “John Henry”

John Henry: An American Legend by Ezra Jack Keats tells the story of John Henry and the steam drill, as well as other tales of the folk hero.

Many traditional children’s songs are folk songs, including “Froggy Went A-Courtin’,” “She’ll be Comin’ Round the Mountain,” “The Bear Went Over the Mountain,” “I’ve Been Working on the Railroad,” and “Oh Susanna.” Like Kaia’s songs in this unit, many of the songs come from West Virginia and have similar themes, including mountains, railroads, and working.

Many children’s folk songs are also games, especially handclapping games or double-dutch (jump rope) songs. The way we learn those games and songs is an example of oral tradition.

Ask a pair of students to be the leaders in teaching the rest of the class a handclapping game. Or, pick a song that everyone knows and create an original handclapping game with your class!